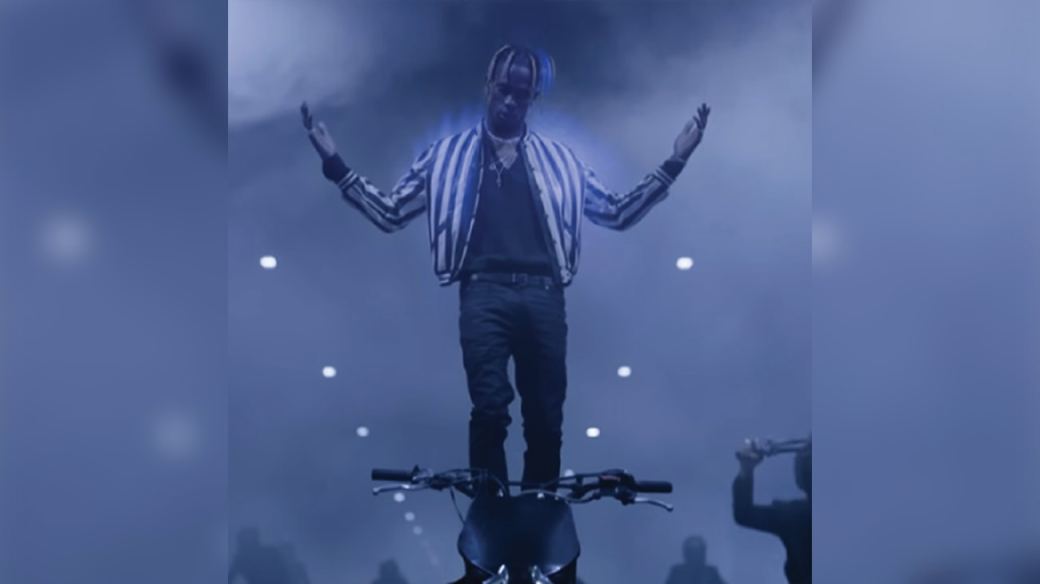 How did I discover Travis Scott you ask? I didn’t find his music first, but I saw a picture of him wearing a Pantera shirt and I was like, “I like him.”

Scott formed a duo with his friend Chris Holloway in 2008 known as The Graduates and released their untitled EP on Myspace. That following year, Scott created a group called The Classmates and they released 2 projects. Over the next few years, Scott moved around between Houston, New York, and Los Angeles.

Scott’s first solo full-length project is a mixtape called Old Pharaoh(2012). His first full-length studio album, Days Before Rodeo, was released on September 4, 2015. The album featured musical acts from Quavo, Kanye West, Chief Keef, Young Thug, and many more. He then released Birds in the Trap Sing McKnight, in late 2016. Then in 2017, Quvao from Migos and Travis Scott created Huncho Jack where they have dropped a collaboration album called, Huncho Jack, Jack Huncho.They just released a single in 2019 called Houdini.

And now we get to arguably one of the best releases ever. On August 3, 2018 Scott released Astroworld, which is one of my favorite records of all time. The inspiration behind the title of his third album comes from a theme park of the same name in Houston that Scott used to go to; it has since closed down. Scott put on a show near where the theme park used to be, which I think was god damn brilliant.

When looking at Scott’s musical influences, he has stated that he was influenced by Bon Iver, Kid Cudi, M.I.A., and Kanye West. Scott uses autotune heavily in his songs but he uses it in a way that is actually good and aesthetically pleasing. He also uses some of the most fire beats in his songs. Some people describe Scott’s style as a mix between traditional hip-hop and lo-fi. But Scott himself has said that he is not hip-hop.

When talking about Scott’s music and live show, he has been compared to Kurt Cobain and Nirvana. Some have argued that Travis Scott is the Kurt Cobain of our generation. This is because there is a pivot in the hip-hop/rap scene that is going in the same trajectory that rock music went through when Nirvana hit the scene. What is this “pivot” you ask? When looking back at the punk rock scene, it was rebellion, anger, and aggression. But when Nirvana came out, the music was softer, and paired with easy to sing-along lyrics (that still had an emotional impact on the listener). And then next thing you know, Grunge music hit the scene. Now, there are grunge bands that are heavier than Nirvana but that is besides the point. With Hip-Hop/Rap, the traditional sound and way of doing things has been thrown out the window. New age rappers do not care about the traditions of the genre. Hence, a paradigm shift. Like any other genre, the music has to evolve into something else. These new artists want to bring something new to the table and try things that no one else has tried before. Cross overs into other genres is a great way to add new elements to your music.

Taking influence from other genres have been done for years. Especially when talking about metal and rap. These two have been influenced by each other for years. For example, Aerosmith and RUN DMC did a remake of Walk This Way in 1986. Anthrax and Public Enemy created a song called Bring the Noise in 1991. Korn has been heavily influenced by rap and even the band Attila has some roots in rap. When looking at XXXTEENTACION, he samples the intro of Slipknot’s Spit It Out in his song Off the Wall.

Travis Scott’s stage show has been heavily influenced by the metal scene. The intensity in which he performs is insane. He is always in the faces of the audience and he is always paying attention. He wants people to go crazy and be free. He wants the listeners and attendees to be 100% themselves and rage at his shows. If you look up live performances of Travis Scott, you will see people stage diving from the stage and jumping into the crowd from the nose bleeds. The mosh pits at his shows are absolutely insane. I get goose bumps every time I watch him perform live.

There are a lot of similarities between metal and rap genres and I am happy that artists are incorporating other types of styles into their music. Genres aren’t black and white. Trying to keep music in a particular genre does not benefit the listeners or the creator of the music. Music is something that should be experimented with because as listeners, we are waiting for the next big thing. So why keep music in a box when it was meant to roam?