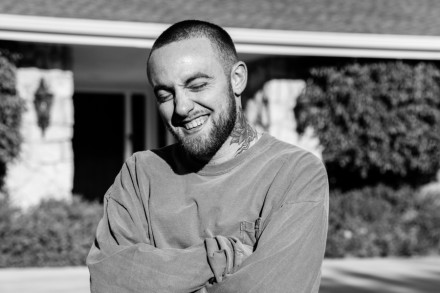 Over the weekend, it marked the one year anniversary of Mac Miller’s death (September 7, 2018). Mac’s death hit me differently than other artists death hit me. I remember my older brothers playing Mac Miller when I was growing up. I soon started listening to him on my own in middle school. It was like I grew up with Mac, he was a part of my childhood and my transition into adulthood. His death came as such a shock and even to this day, his presence is missed by many.

Mac Miller (Malcom James McCormick) was born January 19, 1992 in Pittsburgh, Pennsylvania. He began his career in the city’s hip hop scene back in 2007 at the age of fifteen. He signed a record deal with a Pittsburgh-based record label, Rostrum Records. This is where his breakthorugh mixtapes, K.I.D.S. (2010) and Best Day Ever (2011) we’re produced. Miller’s debut studio album, Blue Side Park (2011) became the first independently distributed album to top the Billboard 200 since 1995. In 2013, Miller founded the record label REMember Music. After releasing his second studio album, Watching Movies with the Sound Off (2013), he left Rostrum and signed with Warner Bros. Records in 2014. With them, he released three studio albums: GO:OD AM (2015), The Divine Feminine (2016), and Swimming (2018) which would be his last record.

When looking at videos of Mac Miller, he was always so happy and fun to be around. He had the personality and energy that influenced the people around him. He created great music that spoke to a lot of people. He was such a relatable artist. He spoke on subjects, feelings, thoughts, and situations that everyone goes through. He was an artist that was taken too soon.

On September 7th2018, Mac Miller was found unresponsive in his home. He was pronounced dead at the scene. Thousands of fans honored Mac Miller at Blue Side Park, the inspiration behind his debut album. The site has continued to be a place of his remembrance.  A tribute concert, Mac Miller: A Celebration of Life, was held on October 31, 2018, in Los Angeles. Many of his friends and collaborators performed. They also raised money for the newly-established Mac Miller Circles Fund, which aims to support youth arts and community-building programs in his memory. The charity had raised over $700,000 by January 2019. In May 2019, the renamed Mac Miller Fund issued its first grants, including $50,000 to MusiCares, where they help young musicians with substance abuse issues.

On September 4th2019, Cameron James Pettit was charged with distribution of a control substance, counterfeit oxycodone pills containing fentanyl, that were given to Mac Miller 2 days before his death. RIP Mac.