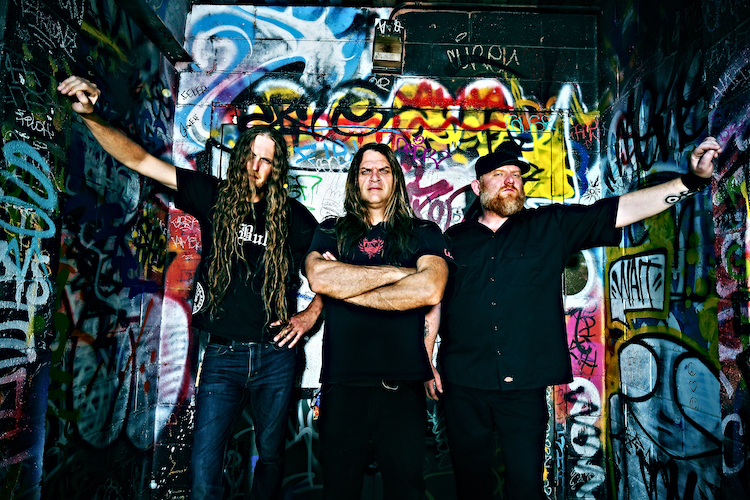 Ahh Jungle Rot, and no, I am not talking about Tropical ulcer, that is just nasty. I am talking about the American death metal band from Kenosha, Wisconsin. The first time I heard of and saw Jungle Rot was at the 2015 Mayhem Fest. Me and my dad mainly went to this festival to see King Diamond, and wow! At this festival, we also saw Thy Art Is Muder and Whitechapel. Right when we got to the festival, Jungle Rot was playing. At first, I thought it was Obituary! When I was waiting to get a Thy Art Is Murder shirt, Jungle Rot was at their booth meeting fans.

Fast forward to 2019, I started listening to Jungle Rot! I was hooked on their song Paralyzed Prey for the longest time. Their songs are about zombies, war, battles, and everything in-between! What I really like about Jungle Rot are their grooves. They are insanely groovy and it is the traditional groovy death metal sound. I love them so much; I never get tired of them. I got to see Jungle Rot with Deicide in June of 2019 and they were awesome!! I pushed my way to the front during Jungle Rot’s set and they absolutely killed it. I also go to meet their touring drummer at the time and he was really cool. I would definitely recommend seeing Jungle Rot when you get the chance.

Jungle Rot formed in 1992 as a side project by Jim Harte and Joe Thomas, members of the Illinois thrash metal band, Prisoner. The band’s name refers to Jungle rot, an infection of the feet, which people develop in the jungle when their military boots are left on. They are an aggressive style of thrash influenced death metal. They are known to integrate slow stomp melodies within their style.

Have you seen Jungle Rot? What are some of your favorite songs?