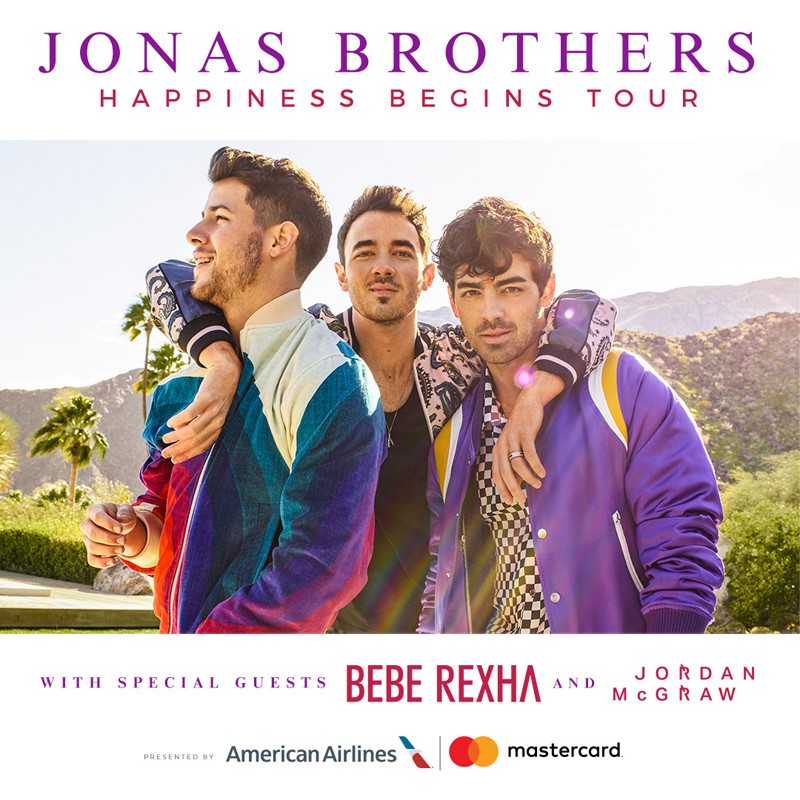 The show was at PNC Arena in Raleigh, North Carolina, and I was waiting for traffic to be CRAZY but it wasn’t too bad! My friend and I parked and got merch outside of the arena in a matter of 20 minutes. Not bad! The seats that we had were killer, too! Shout out to my mom for getting presale!!

The Jonas Brothers brought a DJ along with them on tour and he would play music in-between the other artists’ sets! He was playing some jams!! Probably one of my favorite acts of the night! Jordan McGraw opened up the show and did you know that he is DR. PHIL’S SON?! I didn’t know that!!!! He was wearing black sparkly pants and a pink zebra print muscle tank… I felt like I was watching 2008 Justin Bieber.

Bebe Rexha was next and WHAT A BADDIE!!!!!!! She was wearing black leather pants, a black shirt, and she had a chain belt/body chain on and she looked badass!!!! 10/10; would wear to a metal show, definitely. Bebe has one of the strongest and most beautiful voices I’ve ever heard! She could hit them high notes with ease! 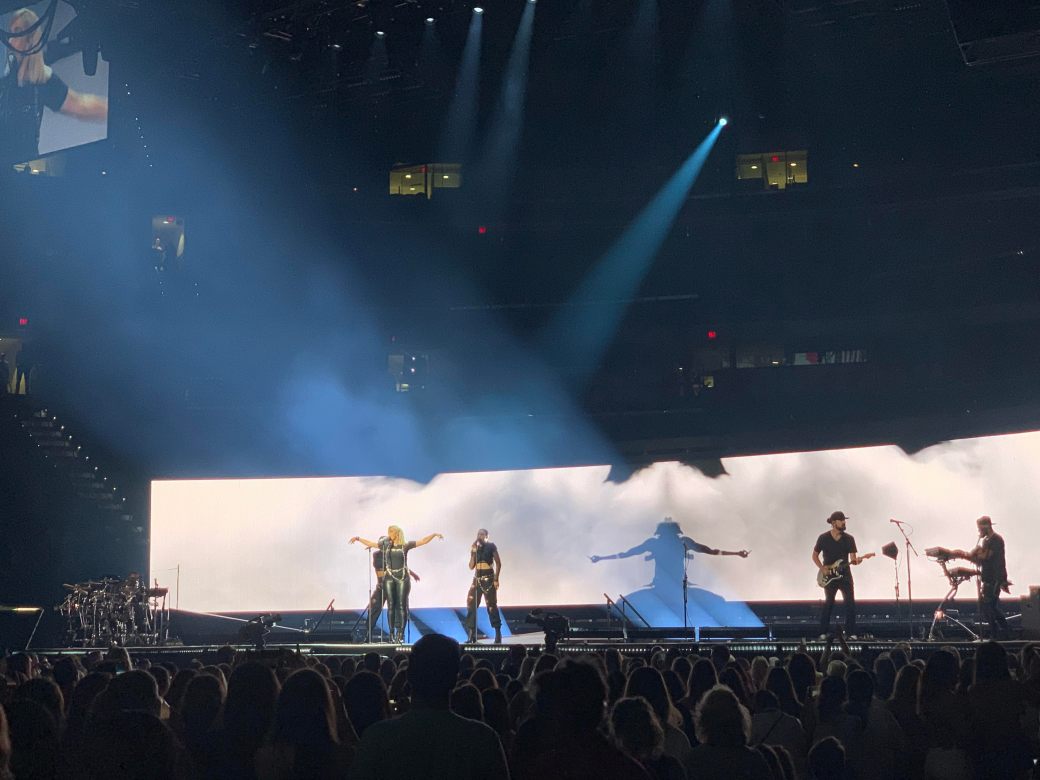 And finally… the brothers I have been waiting for… the Jonas Brothers. Before their set, Kevin and Joe’s wives came out into the crowd to watch the show and everybody was screaming and freaking out. I didn’t know what we were looking at, so I would randomly yell “WHY ARE WE SCREAMING?!” until someone told me what was going on. The brothers came out on a swing-type-thing and the arena lost their shit. GIRLS ARE LOUD!!!! They weren’t even singing and people were losing their shit.

The Jonas Brothers played all of their hits that made the inner 8-year-old in me fangirl. They played SOS, Love Bug, Year 3000, Burning Up, and many, many more! Nick played one of his solo songs (his hit, Jealous) and when he hit that high note at the beginning, I got chills. There is a video that shows my reaction. Joe also did a song by his other band DNCE, and played their song Cake by the Ocean.

They had a great stage show!! Probably one of the best stage shows I’ve seen! Pictures just don’t do it justice. They were on the main stage, but then they would run down the aisle and get on a smaller, circular stage that would rotate up in the air! They were very interactive with the crowd. They pulled a fan on stage and her boyfriend proposed to her! Also, to all the fellas who took their girlfriend’s to the show, mad respect.