In 1976, Gene Simmons (KISS) discovers Van Halen and finances a three-track demo, which does nothing for the band in attracting record labels. But the demo does get the attention of Marshall Berle (the bands future manager) and he catches their sold-out show in their hometown of Pasadena. After killing it at (the legendary) Whiskey a Go Go and the Starwood club, Warner Bros. were ready to sign them to a deal. The band’s first tours after recording their debut were opening for Journey and Montrose in the US and, later, for Black Sabbath in Europe and the US.

The cover photo for Van Halen are pics taken at the Whiskey a Go Go, along with a pic of Eddie’s original signature guitar, Frankenstrat, a replica Fender Stratocaster that is now housed in the Smithsonian Institute.

The music world and their fans were enamored with the charismatic, sex symbol in Roth and the electrifying pioneer of the six-string in Eddie Van Halen. Nothing of it’s time sounded at all like Van Halen. With Roth’s powerful stage presence – swagger, martial arts, and screeching vocals; as well as a bluesy billow – and Eddie’s “jaw-dropping” techniques – he was doing in reality what most other guitarists only imagined in dreams – Van Halen reawakened the Rock/Hard Rock world. 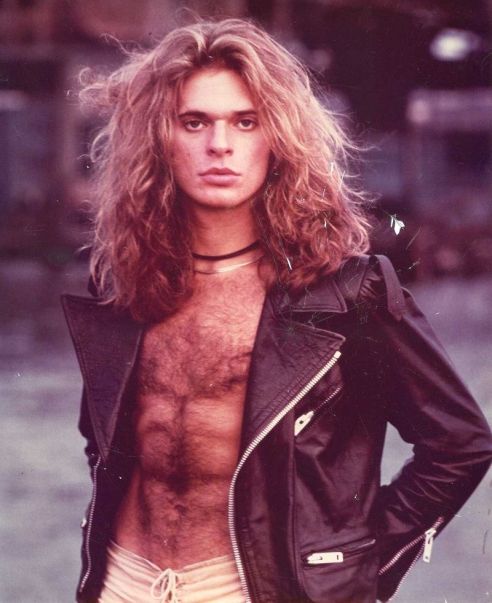 Runnin’ With the Devil is the opening track, followed by a perfect example of Eddie’s brilliance, the instrumental, Eruption. Following that is the cover of the Kink’s, You Really Got Me (Roth insisted covers were the way to go, for someone else had already done the work). Side One is completed by Ain’t Talkin’ ‘Bout Love and I’m the One. Jamie’s Cryin’ leads off Side Two, followed by the heaviest track on the record, Atomic Punk. Feel Your Love Tonight and Little Dreamer smooth out the roughness. Ice Cream Man is a cover of John Brim’s song, and On Fire ends the offering with a blaze.

Fun fact: I used to make my dad play Little Dreamer all the time when he was dropping me off at elementary school! It will always be one of my favorites!!