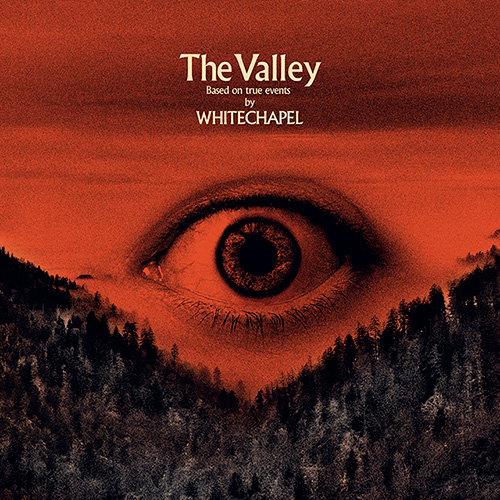 What’s that sound? Oh, that’s the sound of me fangirling because Whitechapel dropped another banger of an album. This is Whitechapel’s eighth studio album and it is the perfect combination of chunky, dark riffs, and melodic melodies. The Valleyis much different than previous records. The sound of Whitechapel is continuing to evolve and their newest album shows that change.

Now, I’m not gonna lie, I am a BIG fan. But putting my personal opinions aside, this album is an absolute masterpiece. The Valleyhas the heaviness, gutturals, and intensity of earlier records (Somatic Defilement, 2007), but the album incorporates melodic death metal riffs. Along with Phil Bozeman’s powerful voice, the blend of these three elements makes an album that is a force to be reckoned with.

There is something for everyone to like, here. If you like the “old school” sound of Whitechapel with dark riffs and deep vocals (with some badass gutturals), then Brimstone is the song for you. It has this groove that you can’t help but bang your head to. Forgiveness is Weakness and We Are One are also songs that stick to Whitechapel’s original sound, but add a few components to make them new and exciting. There are also some songs that are heavy as hell, but still have those grooves and melodies. Black Bear is an example of this particular sound that Whitechapel used on this record. When a Demon Defiles a Witch also shows this sound, yet another element is added: clean vocals. I know some people don’t like clean vocals in metal, but Bozeman’s voice is just as good regardless of if he is growling, screaming, or “clean” singing. You can hear more of his Cory Taylor singing ass on Hickory Creek (which is all clean vocals, but still heavy), and Third Depth.

Another thing that makes this album great are the lyrics. Bozeman said in an interview that this album is based on his childhood and what he has experienced. The lyrics are dark and Bozeman recounts his tales with moving, often grim persistence. You can hear and feel the emotions within the music itself. If you get the chance, listen toThe Valleyand read the lyrics, and become immersed in the experience that is Whitechapel.

I believe that this is Whitechapel’s best record they have created. It’s an album that I can listen to when I am in any mood. I can also listen to this record when I’m getting ready, walking around campus, doing schoolwork, driving, or when I’m just hanging out.